My name is Ajoke, I was born in Ogun State, Nigeria. My childhood years were formed in Ijebuland; my teenage and early adult years in Lagos; and have spent most of my adult life in Great Britain. I have decided to share my story with you, with the hope that some of you some will be able to connect with my experiences.

During many conversations with my fellow Nigerian’s in diaspora over the past 20 year years, I observed that most of us reminiscence about life in Nigeria. We like to believe or (hope) that most things (people and places) would remain as we left it. We reminisce about our childhood years with fondness, the environment and community that we had lived, and would like to think that we are still part of these communities. I nurtured this same belief albeit subconsciously, that is until I went home and was faced with reality.

I have always remembered the Islamic Eid –el Adha celebrations with fondness during my childhood. I loved the way it brought families and neighbours together, it was a time for sharing and togetherness. As children we would engage in play such as Ram (cattle) racing and fighting within the neighbourhood in the days leading up the Eid el Adha. The day before Eid, the ram would be washed and groomed; its coat will be spotless, ready for the next day. All these activities added to the fun.

It was a day when all the family members came home from far and wide, an opportunity reunite with distant relatives and meet new additions to the family. After assembling at my father’s house (the Imam), the whole local Muslim community would all walk together to the praying ground at the edge of town. The procession would be led by horse riders with pomp and pageantry followed by the faith leaders and the worshippers chanting and praising Allah in solemn mood. After Eid prayers, we would greet friends and families, and old acquaintances. It is tradition to take another route on the return journey home, everyone would be dancing to music and the air is generally filled with so much joy and laughter. On arrival at my father’s house, breakfast was served and we will all gather round to eat together as a family at the balcony. The ram(s) was then slaughtered after a small prayer. The whole family would gather round where the meat is being carved up and divided. The atmosphere would be electric as every one is fighting for space and competing for pieces of meat. We as children ran errands distributing meat to friends and families around town. The more errands you ran the more gifts of money you received.

The first time I spent Eid in Nigeria after I arrived in the UK was in 2003, after 14 years. After I got married, tradition dictated that I remained with my husband family during the Eid celebration. The only opportunity to visit my father’s house was after the Eid day itself. I have visited at other times before then, it was not possible at Eid times due to children school holidays. I didn’t go to my father’s house because my parents had already passed away. I had the opportunity to spend my 2nd Eid in my own town 20 years after I got married. Over the years, I had visualised my community and have always wondered how much had changed. I wanted to re- live the nostalgia of my child hood. I took it for granted that my siblings living in Nigeria would still pay the traditional homage during the festival, I wanted to surprise them, so did not inform them of my pending visit. The chance to see what is left of my extended family, old friends and neighbours filled me with exhilaration. I was so much looking forward to a joyful re-union- with my childhood memories.

Alas, I was very disappointed to say the least. My siblings did not travel back to the family home anymore since all our parents passed away. Their families have grown bigger and they all remained in their normal abodes in the other parts of the country. There was no more gathering at my father’s house either. The Eid procession from my neighbourhood had stopped, no more horse rides. Individual families now drove to the praying ground; only a small number went on foot, instead of going collectively as a community like we did during my childhood. Furthermore, when I got to the praying ground I did not recognise anyone and no one recognised me apart from two of my brother’s friends. I guess like me, most of my friends were now married and they had gone to seek greener pastures.

I noticed that the size of the families had grown larger, modern cars, buildings and bigger rams and cows were slaughtered for Eid. There were fewer bikes on the roads, and children spent their time indoors watching T.V. and playing games. There were less interactions as most of the houses are now fenced with gates. The town had now expanded and changed beyond my recognition. Most of the houses were deserted, with few older generations living in them. The new ones were now occupied by non indigenes. All my friends and school mates either lives abroad or had relocated to new areas in town.

I felt completely lost, deflated and now felt like a total stranger in my place of birth.

My sense of happiness at home was now hollow, I could hear all the voices and echoes from past years, but there were neither old jokes nor memories to share. I became bored quickly and there was a big hole of emptiness in my heart.

I went to my aunt’s house where I spent most of my time as a child, after her passing, the house was now occupied by tenants. I stood outside the house looking in from across the road; I did not see any face one that I recognised in that neighbourhood. I was asked by one of the tenants if I required assistance. She had the impression that I was lost- lost it in the town of my birth. She asked me if I was new in the town, I told her that I used to live in that house, she murmured her sympathy and left me alone.

I drove round the town, I was not able to locate my old school on my own; the farm lands and empty grounds where we played were now built up; I could barely recognise the local stream when I got there, there is now a small bridge over it.

I had always thought t that my community would remain the same even though in reality I expected some changes. Our child hood is our first love and experience of live. Every other experience that comes afterwards is usually mirrored on out first love.

This experience showed me that ”home is where the heart is” may not necessarily mean our ancestral home. It may also means familiarity of people and places and where we are most comfortable. Living in a foreign land has also taught me that when we migrate for greener pastures in another land, our homestead looses its fabrics and all that we associate with it.

As we contribute to our new communities in diaspora, I ask you the question “Are you getting more or less? 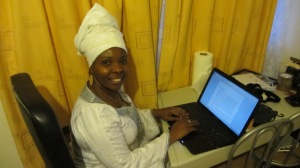 7 thoughts on “Change is Inevitable…. Sometimes all we have is our Memories…..”